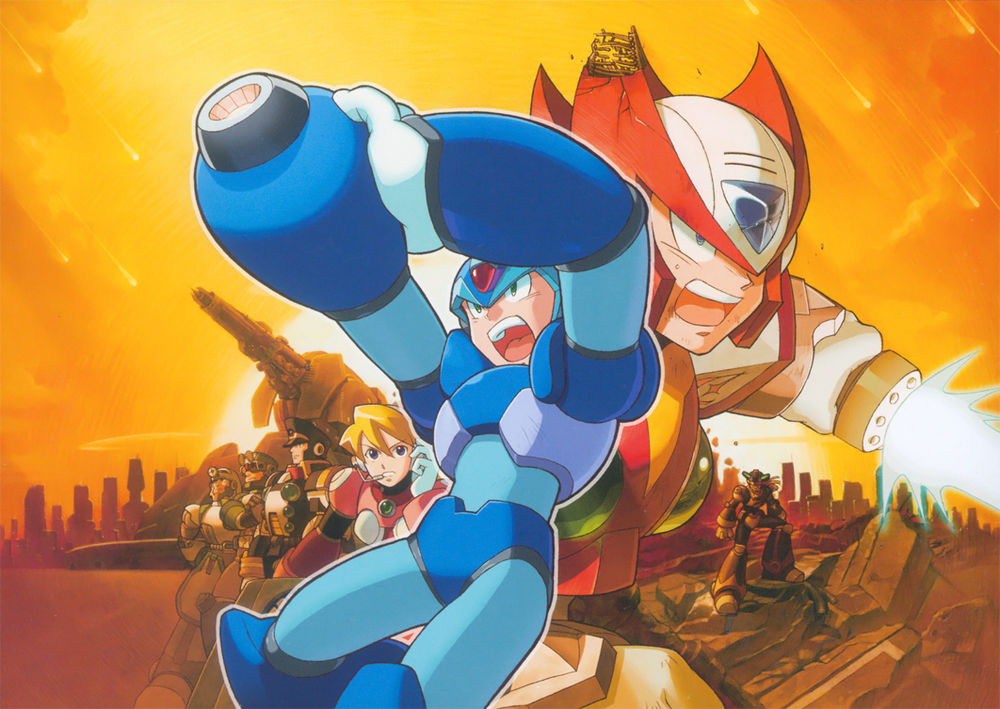 If I could just have a brief moment of your time, I would like to discuss a new level of appreciation I have for Mega Man X5. I was afforded the opportunity to play it through it for the first time in maybe a decade over Father’s Day weekend, since my wife gifted me with a lazy weekend. X5 was a game I once considered one of the best in the series. My mind changed upon revisiting it, but that’s another story. My play through this time brought a deeper understanding of its design and how it can be manipulated.

In the beginning portions of the game, X and Zero, the heroes, are fighting the four Maverick bosses in an attempt to collect parts for a weapon called the Enigma Cannon, which they are hoping to use to destroy a colony that Sigma, recurring nemesis, has aimed at the Earth. Convoluted plot, but it gets the story moving. In all my times playing over the past 20 years, I’ve collected the parts but never successfully destroyed the colony with the cannon. I had heard that it is possible, but I always wondered how.

I turned to the internet, as one does now, and watched a video of a guy playing through the game with the random numbers the game uses displayed on screen. The generator runs in a sequence based on frames of game play, with many of the frames being failure frames and a few being successes. If the last frame of game play is a failure, the Enigma fails; if the last frame is a sucesses, the Enigma succeeds. So what constitutes game play? That’s any time that X or Zero is on-screen during a stage. It’s a brilliant random number generator in that respect, since people don’t play the game the exact same way, so the experience can absolutely be different for each player — with most of course seeing the failure. But what also counts as game play is the demo video that runs if the player sits on the title screen long enough. This is a sequence that is consistent each and every time you play the game. And what’s really interesting is that there is a point where are many success frames clustered together during an easy to remember spot in the demo. Just press start there, then begin the game, and then fire the Enigma. (There is a save that happens just before firing if you defeat the first four Mavericks, but the player can opt to fire the Enigma at any time regardless of parts collected.) It’s a success. And that’s exactly what I did this time.

For the first time in 20 years since owning this game on two systems, I’ve encountered something new in the game. While it does not make the game any better, it does make me look at it in a new way. The design was clever, using the frames of game play to trigger one event or the other. And it’s fun when fans pick these things apart. Over time, you as a fan may find that the joy you once held for something slips away. You can still come to appreciate them for other reasons. Will that compell me to play the game again? I really can’t say at this point. Ask me again in a decade.