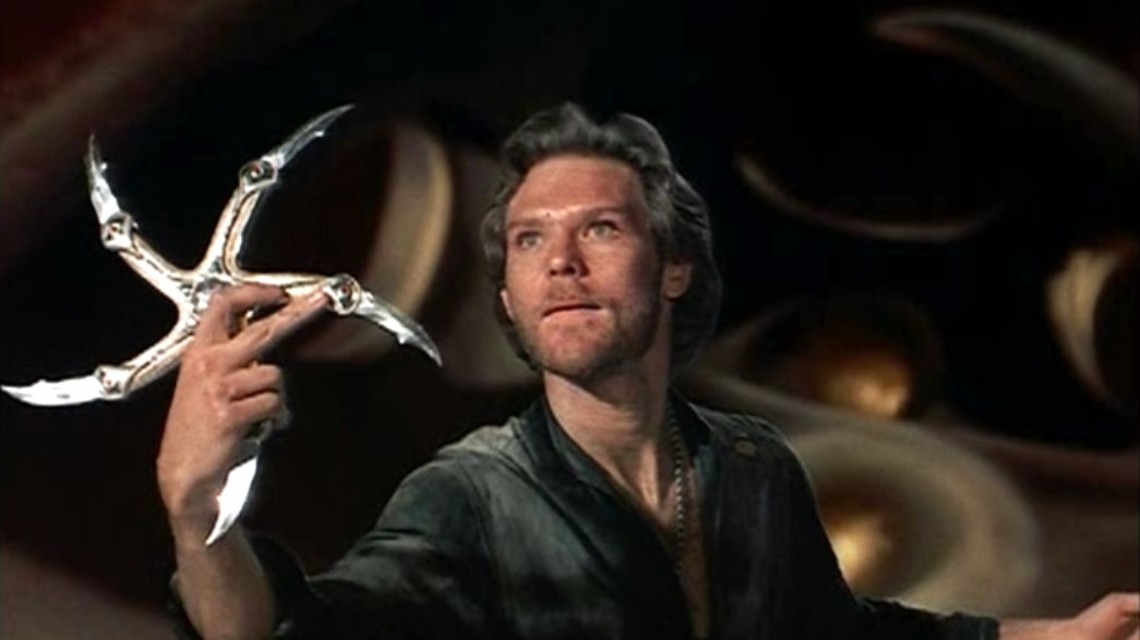 It’s pretty clear that director Peter Yates wasn’t setting out to make a cult classic, but in retrospect Krull has all the makings of one. It’s a 1980’s film that blends together fantasy with some scifi aesthetics. The story is unfocused and could have been finished in half the running time. It’s also pretty forgettable after one viewing.

I’ll be honest. I didn’t like it. I found it dull. But there’s still a certain charm to it. It’s schlocky and stupid, but there’s an earnestness in the performances that reminds me of The Princess Bride. Except that movie is a comedy and knows that it’s a comedy. Krull just wants to be a fun fantasy film.

While not intending to aim for cult status, this film purposefully used cult-turned-mainstream success Star Wars as some sort of inspiration. This happens early in the film with a big fight scene where there are big flashes of lasers on the screen from hand-to-hand weapons. Beyond that, though, it fails to learn any lessons from the franchise that preceded it, from making the central character’s journey interesting to making any of the other characters actual characters.

But you know what? The Glaive, the five-pointed throwing weapon (like an anglicized throwing star), strikes quite the image. I checked out this film, 33 years after its initial release, based on a few good words from some pals online and the image of that weapon. Shame that the movie doesn’t live up to the cool visual. Somehow, though, I still think it’s worth checking out. At the very least because, unlike other movies of that time period that wanted to cash in on that Star Wars money, the people involved really threw themselves into the film. I guess that gives it a warmth that permeates to the viewer. The charm comes from being able to tell that the people who made the thing actually wanted to be there.