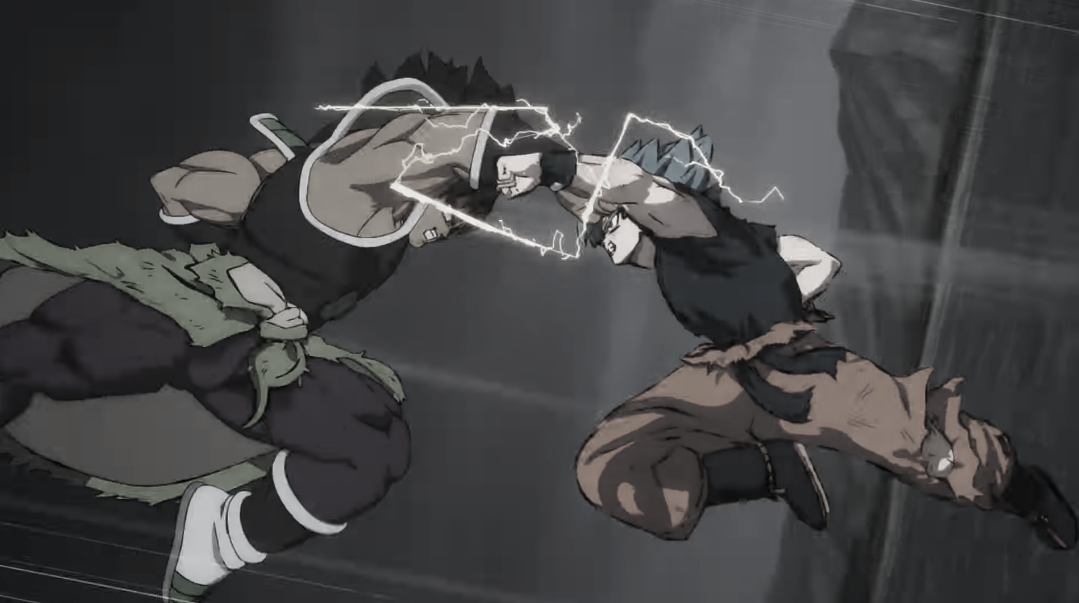 If you think about it, it’s ironic that the Dragon Ball franchise even bothers with movies. The idea of a film based off of a TV series is to go bigger. But Dragon Ball Super is already big. By design it swings for the fences every time, with as many episodes as necessary given to any big fight. What can a movie do that the show can’t already?

Focus. Apparently a 100 minute running time can do wonders for something like Dragon Ball.

There have already been 19 films overall released in the Dragon Ball franchise, with three of those featuring the titular character Broly. It doesn’t seem like any of them hit like the new one has. It seems like it’s taken 30 years for Toei Animation to figure out how to tighten and perfect the formula. Or it could just be a flash in the pot.

The movie is an origin story for the three Saiyan leads, the starting point for the plot is like something out of a comedy, there’s obviously fighting, but then there’s dramatic character work. It comes together pretty well. I can’t get over how impressed I am by the whole thing.

The fight scenes were expected to be over the top spectacle, and they delivered. Characters shooting energy beams at each other and slamming one another through aspects of the landscape is as cool as you feel that sort of thing is, but if you’re not impressed by what they’re doing you can at least be impressed by the animation. Hyping up the action is the soundtrack. Prior to seeing the film, I read criticisms about the soundtrack’s incorporating, essentially, cheering sections for the characters while they battle. Hearing the names of characters during songs in anime is nothing new, but here it works like incorporating an audience into the soundtrack. I’ve seen enough fighting in Dragon Ball to not usually care when characters square off, but “Kakarot vs Broly” honestly got me excited. It also includes some notes that I think the series should revisit as a leitmotif for Goku himself. It helps when characters have a familiar song associated with them.

Which Broly himself has. The title card of the movie features a song simply called “Dragon Ball Super: Broly Theme,” which starts off fairly generic but introduces Broly’s leitmotif. This will be revisited from time to time in the film, and it’s a fairly flexible sound that can either reflect the power of this character or, really, his sorrow. Broly is a repressed guy. Broly’s life sucks.

While I don’t think this is necessarily the selling point of the film to most people, what has me thinking about it over a week later is the fact that I was made to sympathize so much with Broly in such a short period of time. This reboot of the character moves away from the idea that he’s a psychopathic monster. He’s a weapon of destruction, certainly, but mainly because his vengeful father raised him to be a weapon. You can tell by his costuming how dehumanized (for lack of a better term) he is – his father keeps a shock collar on him. Then he shares the story of a creature on their planet that his father made it a point to make into the enemy. Because he feared that Broly was playing and not actually training. The green cloth he wears around his waist is the ear of the creature, which his father had cut off. He says that he’s been allowed to wear it in order to remember his only friend.

You learn about this upsetting episode from a soft-spoken Broly before he faces off with the Dragon Ball anti-hero Vegeta. Early into the fight, Broly is losing. Badly. And as Vegeta is about to deliver a death blow, it doesn’t feel right. The audience cannot get behind Vegeta, and they’re not supposed to. The director has successfully played the audience, turning their support from one of the longtime heroes to this new guy who doesn’t have it coming.

It’s effective storytelling. The audience ends up invested in a way that they didn’t expect. From defaultively supporting the Z-fighters to actively not wanting to see Broly lose. At least for a while. Of course things get worse, as is the Dragon Ball way. But it was a damn good ride.

Interestingly, this doesn’t make me more interested in the return of Dragon Ball Super on TV later this year. There’s no good follow-up for this. Another long storyline can’t match the impact of this story. It’s all just going to seem drawn out in comparison. It’ll be fun, but it just won’t be Broly. I think this is a high mark that even the next film, which I’m sure they’re so eager to make now, probably won’t even come near. But peaking at film 20 is nothing to be ashamed of.