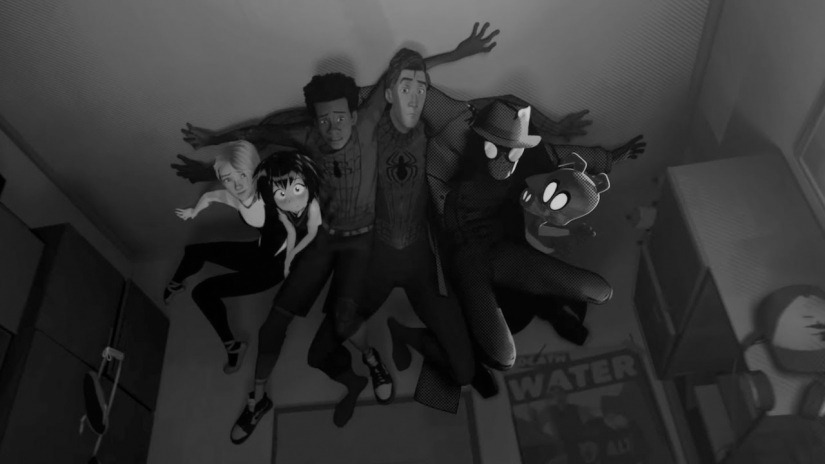 The takeaway from Sony’s surprising hit in Spider-Man: Into the Spider-Verse, aside from the fact that it managed to both be an enjoyable spectacle as well as have heart, is that anyone can now be Spider-Man. While kids were always able to project themselves onto Peter Parker at some basic level due to his being relatable and the fact that the white guy is obscured in a giant body sock, there was a barrier for non-males and non-white people because Peter Parker is portrayed in the comic and all subsequent media as a white man. Looking at the costumed crime fighter, anyone can be Spider-Man. Looking at Peter Parker, only certain people look the part.

While that technically changed in 1992 with the Spider-Man 2099 comic book series (or in 1978’s Japanese Spider-Man series – or even the year before with the then-unrelated Spider-Woman), the fact that anyone can be Spider-Man was finally popularized by last year’s film. It is fantastic. 2018 has shown people of color that they not only can be superheroes, they can see themselves in characters who take up the mantle of previously inaccessible characters. Some people might not understand why this is a big deal. Such people probably do not understand what it is like to not have heroes that people keep saying are not yours. And superhero stories are our modern day myths. The Western world is one that largely gave up the pantheon of gods from whom to derive inspiration. Superheroes, for better or for worse, have taken that role.

Along with Miles Morales, the black and Latino Spider-Man who plays lead in the movie, the film also provided Spider-Gwen, a young white female spider-hero; and Peni Parker, another young female spider-person who is Asian American. There’s also Spider-Ham and two middle-aged Peter Parkers. Again, the message ends up being that anyone can be Spider-Man.

My understanding is that one version of the script took this to another level. Aside from the seven different spider-heroes in the movie (if you don’t know why I’m counting to seven, you need to see the movie), there would be more introduced as the story would go on. Having read both comic mini-series exploring the different types of spider-heroes the multiverse has to offer, I know that they would not have had to look far for ideas. This wasn’t done because it would have been too much. The narrative would not have been tight enough.

In all honesty, they still ended up with too many spider-heroes.

Spider-Man Noir, Spider-Ham, and even Peni Parker were actually superfluous to the overall narrative. They were fun and the performances were great, but they could be removed without hurting the film. Arguably, losing Ham and Peni might have hurt the marketability somewhat due to Ham’s being so appealing to young children and Peni’s being appealing to anime fans and young girls who don’t identify with Gwen Stacy. (Seriously, Peni Parker’s become an overnight sensation.) Even so, from a story standpoint, they added nothing. I view this less as the characters being useless and more as each one being a missed opportunity after it was decided that these were the characters who must be included. Their roles could have been filled by any other spider-hero without hurting what was presented on the screen. The core of the movie centers around Miles Morales, Peter B. Parker, and Gwen Stacy.

It’s not like character bloat is unique here, though. That is simply what comic book movies have been doing for the past three decades now. Very rarely do plots warrent more than one villain. If another hero shows up for a scene or two, usually just to introduce them prior to a crossover film, are they really adding something to the plot? Extra characters are a marketing tool. And merchandising tool. This is how we fund the movies we get, though. Who am I to complain?

I suppose the worst thing to come of the inclusion of extra spider-heroes is that they take time away from Miles and his world. Into the Spider-Verse is not a one-shot story. Two more films will be coming from it: one for Miles and one for Gwen. Gwen is expected to have more multiversal adventures. Meanwhile, Miles will be grounded to his reality. The funny thing is, after an entire film about him, we don’t really know much about his reality.

What we learn about Miles in this film is that he has a mother and father, and he goes to school at an academy where he stays in a dorm. We meet his roommate, but we don’t really. Fans of the comics know that it’s Ganke Lee, but I don’t think his name was ever mentioned once in the film. Nor was his relationship to Miles ever mentioned. Aside from Miles’ current aversion to academic success, we do not really know what his day-to-day life is at his school. We as viewers do not know what his status quo is going into his next film.

Into the Spider-Verse is an origin story for Miles Morales. We’ve grown to loathe origin stories, especially those for Spider-Man, but we often overlook the fact that they introduce not just the hero but the world. The first third of the origin film is usually about what gave the protagonist the ability to perform as a hero, but the remaining two thirds about the protagonist’s world and what can be contributed as a hero. Into the Spider-Verse does a lot of things and tells a fun story, but it only covers the first third of what we need for Miles Morales. That means the sequel will need to do the footwork of an origin film along with being what one would consider a sequel.

Of course, fill the next film up with enough superfluous yet entertaining bloat and it won’t be noticeable where the film comes up short in world building or narration. As much as I enjoy some of the work from the writers and producers, Phil Lord and Christopher Miller, I know that they seem to focus on pathos and references. For an ongoing Spider-Man story to keep momentum from one film to another, they’re going to need a lot more than that. Instead of the shallow work of showing that anyone could be Spider-Man, they need to present a world that convinces viewers that it’s important for Spider-Man – and therefore each us – to be in it.